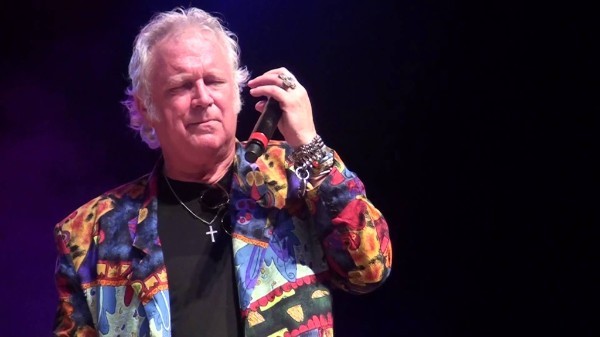 This is T. Graham Brown’s second duet with Cash, the first titled “God’s Gonna Cut You Down” from her 2015 gospel album ‘Breaking Down The Barriers.’ That project also included duets with Rosanne Cash, Razzy Bailey, Larry Gatlin and others.

“I met Joanne Cash several years ago when she asked me to sing at a Sunday service of the Nashville Cowboy Church. She and her husband, Dr. Harry Yates, founded this church that combines music and ministry and has grown to be one of the most attended Cowboy churches in the country,” said T. Graham. “I’ve returned again and again on Sunday mornings to join them for music and fellowship, as do so many artists and musicians in Nashville.”

Cash and T. Graham also filmed a video for “I Am The One” at the beautiful Storyteller’s Hideaway Farm & Museum, Johnny Cash’s rural home just west of Nashville in Bon Aqua, Tennessee.

“When I heard the song she selected for this new album I knew it was a special song and I had to do it. “I Am The One” started to get a lot of great response and Joanne decided that she’d like to film a music video. She chose the 100 acre farm filled with lush, green pasture, thick woodlands, ponds and a rustic stage, and it was perfect. We spent the day filming there and had the best time. Joanne Cash is a devout Christian woman, a significant singer/songwriter and I’m proud to say, a dear friend.”

T. Graham also recently celebrated his 64th birthday Tuesday, October 30th and posted a heartfelt thanks to his fans and friends on his Facebook page:

“Thanks for all the positive vibrations that you send my way all of the time. Sheila and I pray that God will continue to Bless you all so that you can live the life that He intends for you. It’s the only way to fly!

I have the best job in the world. I get to make folks happy for a living and I’m thankful for that gift, every day!”

This holiday season, fans can find Christmas music with a soulful country sound on ‘Christmas With T. Graham Brown.’ This is his first Christmas album, available at Cracker Barrel Old Country Store locations nationwide and everywhere digital music is found. The project, produced by Brown and Tony Griffith, is released by Mansion Entertainment, distributed by The Orchard (a division of Sony Music) and can be streamed or purchased here.

About Joanne Cash:
As the younger sister of the legendary Johnny Cash, Joanne Cash has certainly made her way in the music industry. With twenty-six historic recordings, the acclaimed autobiography ‘My Fears Are Gone,’ and continuous concert appearances, the singer/songwriter extraordinaire is driven by a deeper sense of eternal purpose. “I’m amazed that at my age I still want to sing, but it’s like therapy for me,” she summarizes. “Johnny always helped me remember that and he was constantly encouraging. But there was one short phrase from Johnny that’s always stuck with me and it’s one I’ll continue for as long as I’m here, ‘Baby, just keep on singing!’”