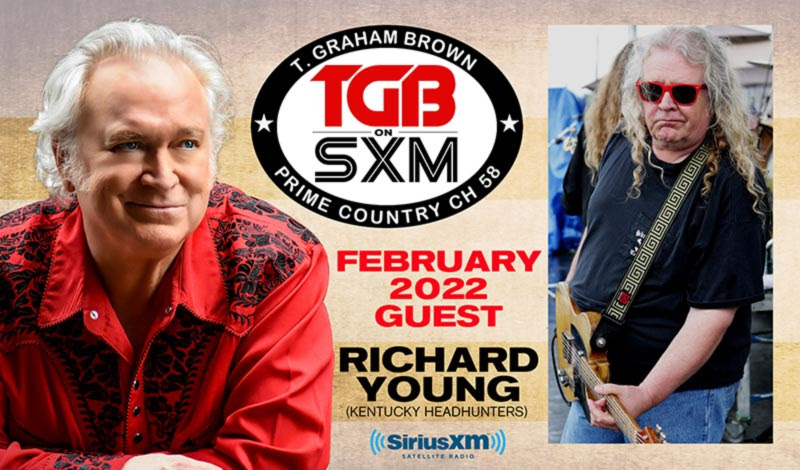 “February is the month of love and I know you will love February’s Live Wire on Sirius XM’s Prime Country Channel 58,” shares Brown. “My good buddy Richard Young from The Kentucky Headhunters will also be joining us for an interview. Get ready because Cupid isn’t the only one busy this month!”