T. GRAHAM BROWN STAYS BUSY WITH A VARIETY OF PROJECTS 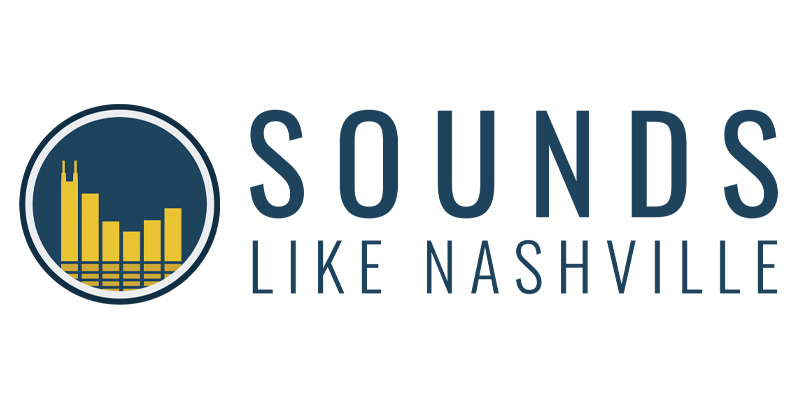 During this time when many artists are finding themselves bored because of the pandemic, country veteran T. Graham Brown is enjoying one of the busiest seasons of his career. In addition to doing livestream shows for fans the past few months, he continues to host T. Graham Brown’s Live Wire on SiriusXM, just launched his own YouTube channel and recently cut a deal with Time Life to release four of his previous hit albums digitally. Brown is working on a new album for release this fall and also recently won a Telly Award for Social Media Live Event.

“We’re just trying to stay relevant and it’s a good feeling at my age to have this kind of stuff happening,” Brown tells Sounds Like Nashville. “It’s really fun.”

Something he’s been particularly enjoying is hosting Live Wire. “I’ve been doing it a year or two and just signed up for another year a couple weeks ago. Sirius XM has faith in me and I appreciate that,” he says. “We do one a month and they air these 8-10 times during the month. Everybody gets a chance to hear it. They do it all different days and times of the week. Basically no matter what your job is or when you are in your car, you’ll have a chance to tune it in and you can download their mobile app and go to Prime Country on Demand and listen to it anytime you want to.”

Brown displays a knack for interviewing his fellow artists and launching some spirited conversations. “I have a special guest every show. I’ll play live cuts from people’s live albums. It’s just been really fun and interesting,” he says. “Charlie Daniels was going to be on the show that I taped a couple of days ago and I talked to him a couple days before he passed away. Instead of having Charlie as a guest, we’ve turned it into a Charlie Daniels Tribute. I had Travis Tritt and Doug Gray, the lead singer for the Marshall Tucker Band, call in and talk because they go way back with Charlie.”

In addition to Time Life digitally re-releasing four of Brown’s previous albums, fans can also look forward to a new project that is tentatively slated for a fall release. “This is the first time we’ve ever done anything acoustic and we’re calling it ‘Bare Bones,’” Brown says, adding that the acoustic treatment puts a whole new spin on the songs. “I think you pay more attention to the way I’m phrasing things and singing. My phrasing of songs has really changed over the years. I was [listening to] some older stuff and thinking, ‘Who was that kid singing?’ ‘I Tell It Like It Used To Be’ was cut in 1984 and I sing it so differently now as I do just about every song. On the new album, it’s just me and an acoustic guitar. There’s not a whole lot to listen to so your attention is focused on either my singing or the playing.”

In taking an acoustic approach, recording the album became an entirely different experience. “I kind of had to think more than I normally do,” says the man known for such hits as “Wine into Water,” “Darlene,” “Hell and High Water” and “I Wish That I Could Hurt That Way Again.” “Normally I don’t think about things. I just sing them, but when it was that stripped down, you don’t hear the bass and you don’t hear the keyboards or drums in your headphones. All you are hearing is the acoustic guitar so the whole experience was kind of new. Once I got the hang of it, it was okay, but it did take a little bit of getting used to because you are used to having a band and used to having a band in the headphones too.”

Always moving forward creatively, Brown is already planning his next album. “I cut my first two albums in Muscle Shoals [AL], so I’m going to go down there and try to get David Hood, the bass player on the original Muscle Shoals Rhythm Section, to be the band leader and we’re going to do this thing called ‘From Memphis To Muscle Shoals,’” he says. “We’re going to cut past Stax Record hits that were cut in Memphis by Otis Reading and Wilson Pickett and that kind of stuff and then half Muscle Shoals songs by Percy Sledge and Aretha Franklin, stuff they cut down in Muscle Shoals that were hits, all in the 60’s. We’re going to just cut them exactly the way that they were. They still have the Muscle Shoals Rhythm Section. It’s just some newer guys, but when I say newer, they’ve been together for like 30 some years. It’s going to be fun and then we’ll have some guest stars do it with me. For instance, with Sam Moore of the original Sam and Dave, we’ll cut a Sam & Dave song and get him to sing on it. It’ll be fun stuff like that. I can’t wait until we’re able to do it. I hope all this virus stuff doesn’t keep us from doing it for awhile.”

Another project Brown has been working on is putting together his own YouTube channel. “We’re just uploading all kinds of stuff, anything we can find,” the soulful crooner says. “I’ve got some stuff from The Nashville Network that they are digitizing to put up there and some of the old commercials that I did, just stuff like that, interesting, fun, goofy things. There are music videos and a little bit of everything. People can click on the notification thing and it will notify them every time we upload something new.”

Brown has enjoyed staying busy since the pandemic has called a halt to most touring. Back in March, he enlisted friends for Hats Off To The 80s & 90s – The Music Continues, a special online concert that won a Bronze Telly Award for Social Media Live Event for Brown and co-stars Wade Hayes, Bryan White, Tim Rushlow, Ronnie McDowell, David Frizzell, Lulu Roman and Tim Atwood. Brown served as executive producer of the show and pulled the event together in four days.

The Telly Awards were founded in 1970 to honor excellence in local, regional and cable television commercials as well as non-broadcast video and television programming. Brown admits he’d never heard of the Tellys but a friend was familiar with them and he submitted the show. “He sent it in and I think they had 12,000 submissions from all 50 states and I think they said five continents, so we were in the same category with Good Morning America and Netflix and NBC,” he says proudly. “There were a lot of heavy hitters in there and we won one. They sent a bunch of trophies to us. It was fun and it was nice to know that as old as we are and the era that we’re from that we can still win an award. That was nice. I never have really cared a lot about awards, but it’s just a validation that you’re doing something good.”

Though Brown has obviously been busy recording, hosting his radio show and working on other projects, he hasn’t neglected helping out at home. Since he’s been off the road, his wife Sheila has put him to work. “I’ve been digging holes and they take forever to dig on Rocky Top up here. We’ve got so many rocks and tree roots. So I’ve been digging holes and Sheila has been planting stuff. I’ve been cutting grass, watering plants, painting stuff and just piddling and trying to make the place look better. Sheila is working me to death,” he says with a laugh. “I hope this [pandemic] thing is about ready to get over with. It’s wearing me out. This being off is killing me.”