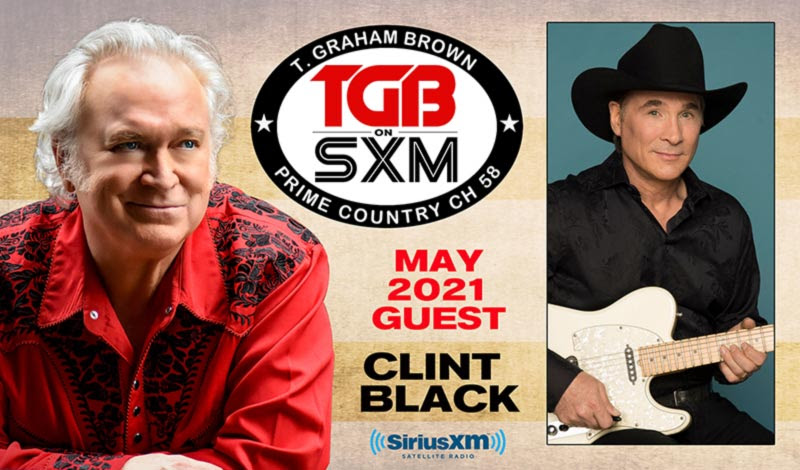 “This episode of “Live Wire” promises to be great. I’ll be talking to the one and only Clint Black on a variety of topics,” shares Brown. “He is a very cool cat. In addition to cuts of his live performances, there is music by Alison Krauss, Dale Watson, Joe Diffie, T.G. Sheppard, and more. Come on down to “Live Wire” on SiriusXM PRIME COUNTRY! Tune in!! You’ll be glad you did.”

With continued airings throughout May, the show will feature live cuts from artists including T.G. Sheppard, Dale Watson, Alison Krauss, Joe Diffie, Dan Tyminski, and The Atlanta Rhythm Section, along with an interview and live cuts from country legend, Clint Black. Listen closely to hear never-before-told stories and rare live performances from your favorite Prime Country superstars! LIVE WIRE is also available on-demand worldwide with the SiriusXM app and Pandora NOW with a standard SiriusXM subscription.