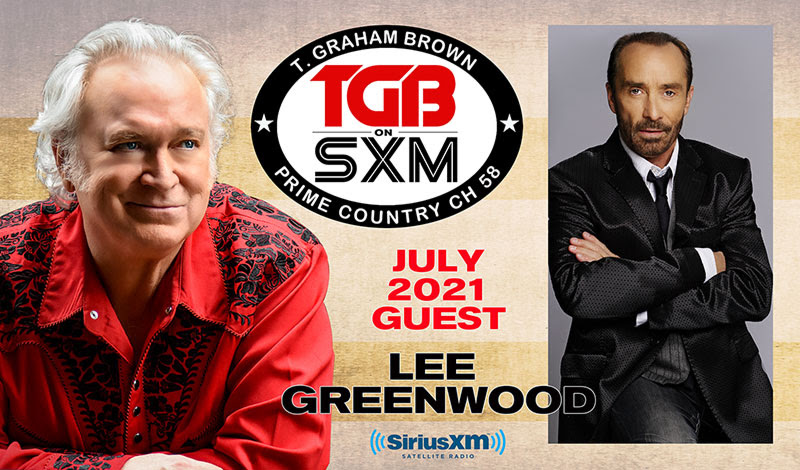 With continued airings throughout July, T. Graham Brown’s Live Wire will feature live cuts from artists including Waylon Jennings, Alabama, Martina McBride, Asleep At The Wheel, and Bachman Turner Overdrive, plus an exclusive interview and live cuts from Lee Greenwood

“It’s July in the U.S.A. and we’re going to get American patriot, Lee Greenwood, to sing “God Bless The U.S.A,” shares Brown. “Along with Lee, we will have other great live music from Ol’ Waylon (with Travis Tritt), supergroup Alabama (with Jason Aldean), Martina McBride, Asleep At The Wheel and we’re going to roll on down the highway with one of my favorite bands, Bachman Turner Overdrive. Lots of variety on this edition of Live Wire on SiriusXM’s Prime Country. Tune in and crank it up to 11!”

With continued airings throughout July, the show will feature live cuts from artists including Waylon Jennings, Alabama, Martina McBride, Asleep At The Wheel, and Bachman Turner Overdrive, along with an interview and live cuts from country legend, Lee Greenwood. Listen closely to hear never-before-told stories and rare live performances from your favorite Prime Country superstars! LIVE WIRE is also available on-demand worldwide with the SiriusXM app and Pandora NOW with a standard SiriusXM subscription.